The correlation between NEMA Standards and IP Ratings is in constant question. In the late 1990’s European IP ratings for enclosures, wiring devices, and fittings started their influx due to the demand of European products becoming predominant. Additionally, US OEM’s were in question for their equipment being built for the European and World Market. NEMA vs IP, UL vs ETL, even CEENorms all came into play.

The following information is taken from both electrical industry Standards; it matches NEMA Ratings with its IP counterpart, with a brief description of each rating. It is provided as a guideline for the NEMA vs IP ratings on enclosures. Which eventually incorporate electrical fittings tested under UL 514B  NEMA FB1. It is a guideline, specific testing is not endorsed in this chart. 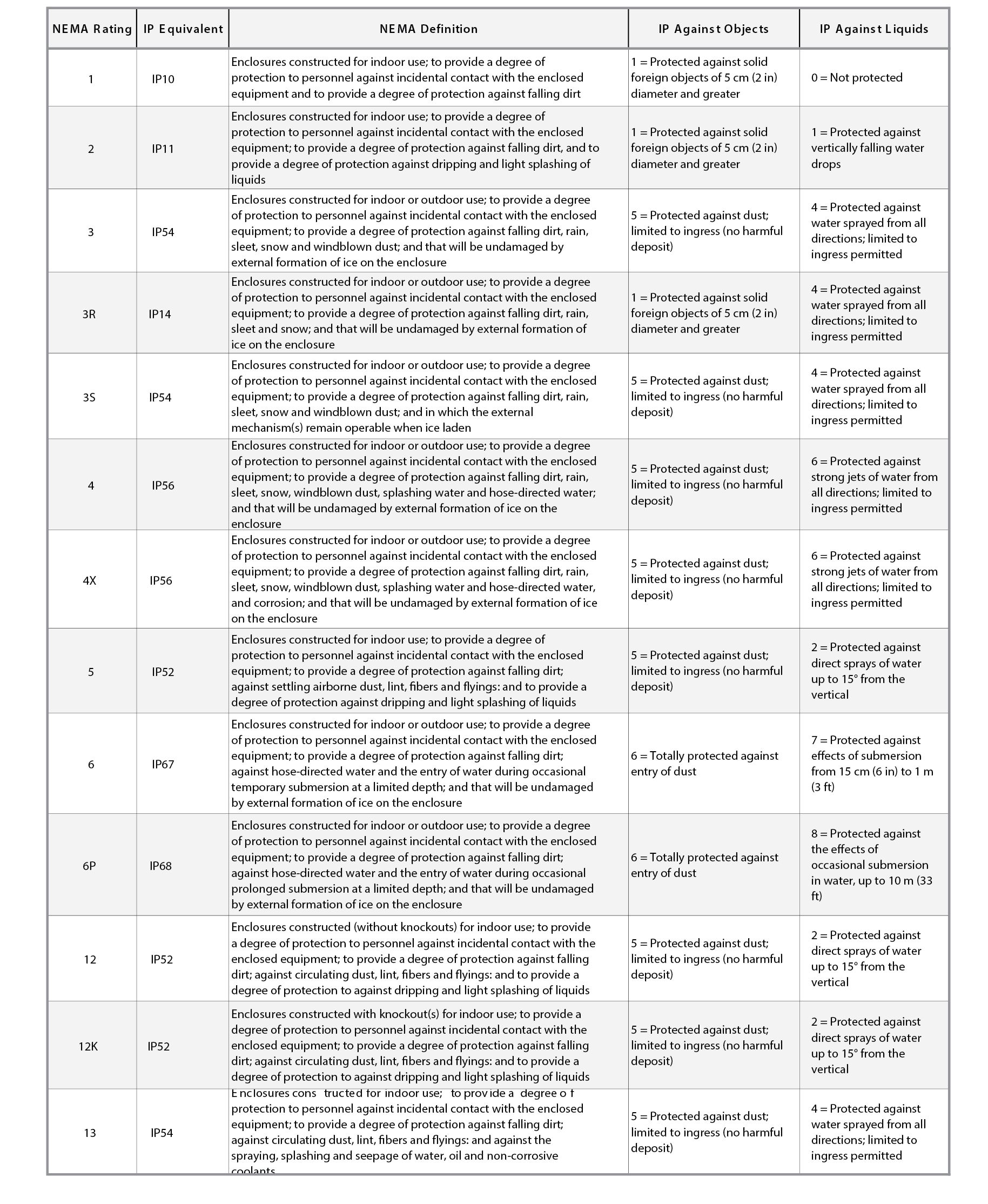 Disclaimer:  The above chart is provided for information purposes and a guideline. American Fittings makes no claim to the accuracy or specification compliances. We recommend reviewing your intended use with UL, IEC, and/or the NEC Code.